Polymeric fibres are the result of research and development in the context of fibre-reinforced concrete. The type of fibres used in the concrete are: polyester, polyethylene and polypropylene. Some of the main characteristics of these fibres are: the ability to control shrinkage cracking, improved fire resistance and reduction of crack width.

Polymeric fibres are characterized by the following properties:

These can be produced as a continuous cylindrical mono-filament that can be cut into the desired length, or fibrillated, that is to say realized though a “net” scheme, with a rectangular cross-section.

The synthetic fibres decompose when, in case of fire, its melting temperature is reached.

This fact only appears to be a disadvantage if compared to metal fibres. In fact, during a fire, once the melting temperature has been reached, the fibres decompose without producing harmful gases and transforming the volume that previously occupied in the concrete, in a series of interconnected “channels”.

The channels act as “escape routes” for the heat and the steam that is generated, due to the sudden boiling of interstitial water. This property prevents the FRC from exploding, as occurs in the case of traditional concrete. 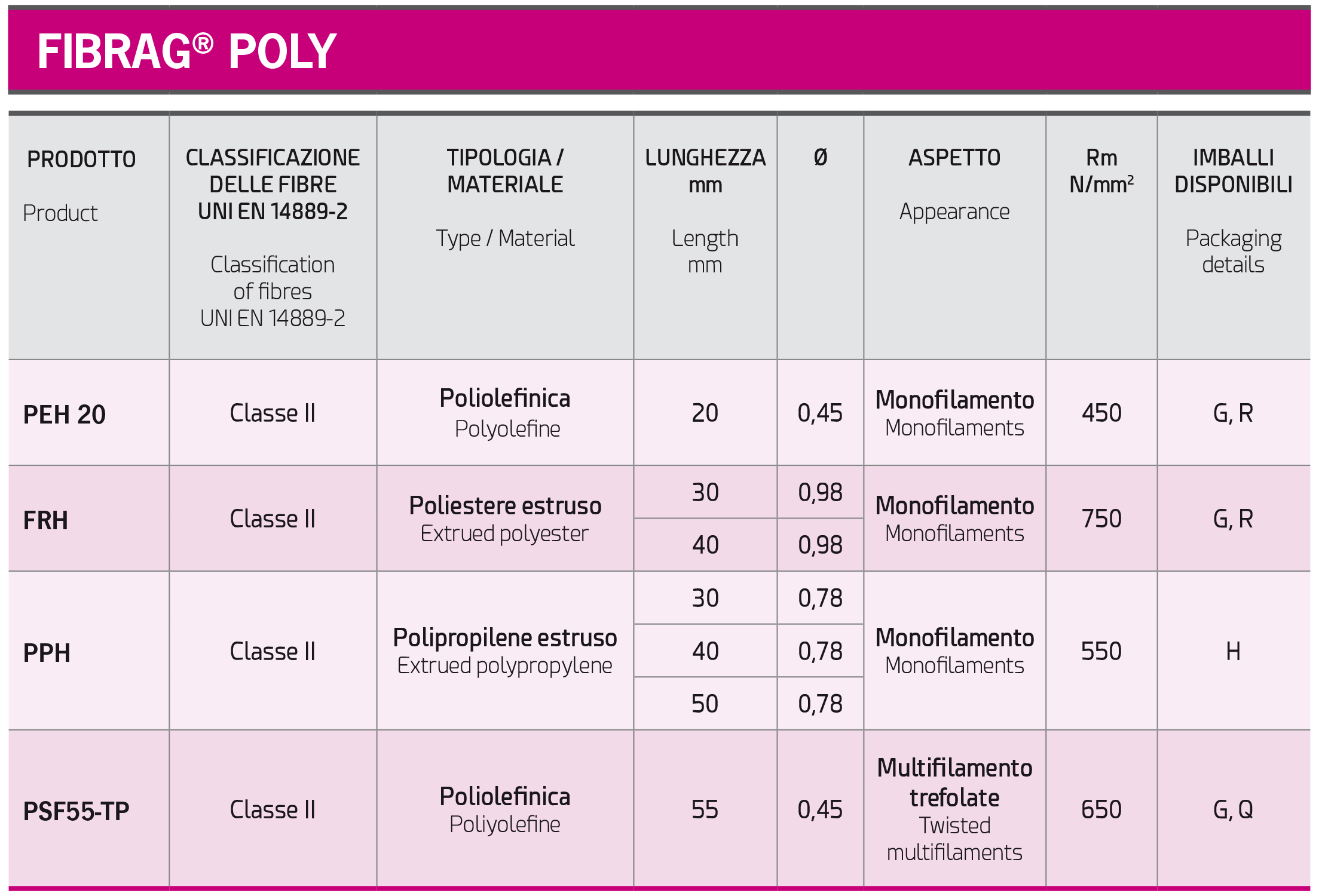